Showing posts from May, 2017
Show all

Looking an Event in the Mouth 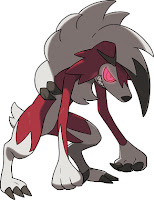 Voted Most Likely to be a YouTuber Welcome back to The Fossil Jockey everyone! My hiatus is over, mainly because I have been witnessing something I felt I needed to weigh in on. In the past, The Pokémon Company has been accused of giving WAY more event pokémon away in Japan than other parts of the world. So much so that I wrote an article about that very phenomenon.  I made a point to say that when it comes to non-mythical pokémon, or pokémon you could catch/breed/whatever yourself, Japan has us beat. However, starting today, we have access to one such pokémon, Midnight Forme Lycanroc.  Is the community happy to finally be seeing more events, even the less rare ones, like they've been asking to get for years? Nope. In fact, every post the official Pokémon Facebook has made about it is filled with negative comments pointing to how this event isn't special. In fact, most are complaining about why we have not been given other events instead, specifically mentioning Ash&#
Post a Comment
Read more
More posts