Showing posts from December, 2015
Show all

A Pokemon of Unown Potential; Part 3 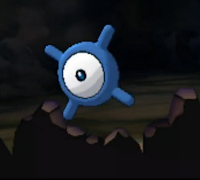 Unown Shuriken Forme This week I have been exploring the implications of giving Unown a new forme. The reasons why, at least in terms of battle strength, are obvious. Unown couldn't Hidden Power its way out of a wet paper bag that also has a giant hole in it. I would go so far as to say that Unown's Hidden Power is so well hidden that not even Unown itself can find it. It's sad, because I think the lore and mystery of this pokemon warrants at least SOME battle potential, if only for the sake that it's just so weird. Over the last two days, I have written why I think it deserves a new forme and to be considered legendary as well as how I think those new formes should be handled . The final thing I want to touch on is moveset. This will be brief, as there's isn't anything to change... just attacks to add! STRENGTH IS IN THE EYE OF THE BEHOLDER Actually, it's not. It's put up or shut up. Good thing Unown lacks a mouth, because it'll be really e
Post a Comment
Read more

A Pokémon of Unown Potential; Part 2 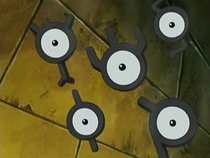 They see you when you're sleeping... Unown is a weak alphabet pokémon with as much mysteries lore as Arceus or Rayquaza. Why, then, is it treated like such a weakling? It has stats on par with pokémon like Magikarp and learns only a single move. When it was released, it was nothing more than a gimmick to get kids to print them out and spell with them, often being words they shouldn't be spelling. It would made sense that after the loss of the Game Boy Printer to time and space that the story of the Unown would be done. However, in Diamond and Pearl two new Unown were added! Why?! If anything, it simply begs for them to be revisited a final time and elevated to the legendary status they have longed for. Previously, I explained why I think they deserve it , now I'm going to talk about how I think it should be implemented. THE SPELL OF THE UNOWN The punnyness of this title is without question. I think you should "spell" out a word to produce a "magical s
Post a Comment
Read more

A Pokémon of Unown Potential; Part 1 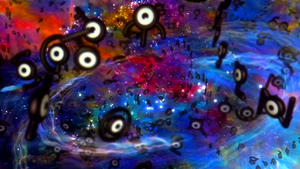 Alphabet soup has never been this trippy before. Unown is a weird pokémon. I suppose it's that weirdness that has always left a soft spot for them in my heart since their introduction in Gold and Silver. I even remember the first time I learned about them. It was from a leaked image in a gaming magazine, Beckett's Pokémon Collector, with them being misidentified as Ghost type. My first thought was, "heiroglyphic pokémon, neat!" Sure, they aren't true heiroglyphs, just being essentially a different font for the English alphabet, but I was intrigued. I enjoyed unlocking them in the Ruins of Alph and collecting each letter. Unfortunately, after that they are essentially just box filler. Their battle prowess is basically non-existant since their stats are so bad and they only learn one move (Hidden Power). Plus, you can't even effectively use them in side games like Contests or load them with a few HMs. It would seem that their inclusion in Gold and Silver
Post a Comment
Read more