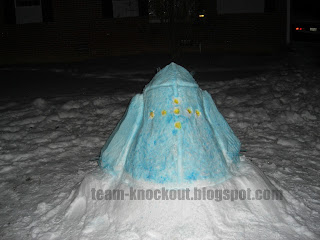 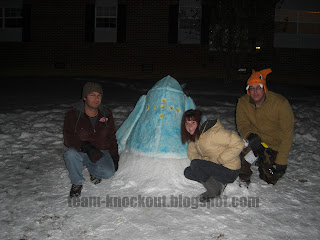 Freakin' Sweet Regice Snowman!
As readers of this blog know, every year we make pokémon themed Jack O' Lanterns. We got enough snow recently that we thought we'd give snowmen a shot. I personally love the Regis, so Regice became the project. Regice's fingers and back crystals were going to be a problem.. so we went and broke off some ic﻿icles from around our apartment complex to make those. It's hard to make out the fingers do to the camera flash though. Anyway, for those of you that have lots of snow as well, try making PokéSnowMon as well! Email your submissions to pkmnbattlefront@yahoo.com and I'll post them!
Email Post
Labels: pokemon snowman