Showing posts from June, 2010
Show all
There's nothing here! 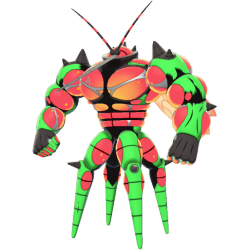 Here's what I have planned for this week's Twitch stream! On Wednesday (July 27, 8pm EST) I'm going to be back shiny hunting in Legends Arceus and I'm also going to mix in some Dynamax Adventures with viewers for #weeksoflegends. I'm still hunting Shiny Buzzwole! On Friday (July 29, 8pm EST) I'm going to focus on finishing the area around my Animal Crossing house. I'll host some Dynamax Adventures afterwards as well. I'm also going to have a special Discord exclusive event on July 30th: Christmas in July! My Discord members and I will be swapping pokemon in Sword and Shield. I'll specifically be clearing out a lot of my spare shinies and event pokémon from over the years. You can join in on the fun by joining my Discord!
Read more
FJM Twitter