Smeargle is a pokemon introduced in Pokemon Gold and Silver. It's tail drips paint which it uses to draw on any available surface. Battle-wise, it's a very frail pokemon. It usually can only handle one or two hits before it goes down. Despite this it can be very useful in game, in battles with friends, and even in contests thanks to it's signature -and only- move... Sketch.

Sketch is a unique move that permanently copy an opponent (or teammates) previously used move. Afterwards, Sketch is forgotten... but Smeagle relearns it every 10 levels or it can be relearned from the move tutor. This gives Smeargle a limitless moveset. Several strategies can be utilized for battle and I will highlight some of the more common uses for Smeargle as well as a moveset of my own design.

First off is the Baton Pass Smeargle. There are several variations of this set. One includes Baton Pass, Spore, Substitute, and Ingrain. The basic idea is to put the opponent to sleep with Spore and then proceed with setting Substitute and Ingrain then Baton Passing the Substitute. This set, however, has trouble against most pokemon that can land a good first hit. Smeargle will rarely be able to withstand such a hit from moves like Earthquake. Ingrain is simply to keep pokemon from using Whirlwind or Roar, and some trainers prefer to replace it with Belly Drum so that the Smeargle can actually Pass a stat boost. This is risky as well as Belly Drum halves the HP of an already weak pokemon. Baton Passing Smeargles are rarer than the straight-forward OHKO Smeargles as they require a lot of prediction of your opponents moves to not get KO'd... or a Focus Sash to at least survive one hit without being KO'd.

OHKO (One hit KO) Smeargles, however, require little thought. They rely on attacks like Mind Reader and Sheer Cold. By using Mind Reader it makes the next move never miss... and when followed by Sheer Cold the opponent will KO no matter how strong they are, with only two exceptions. OHKO moves won't hit pokemon of a higher level or those with the ability Sturdy. Spore (or Dark Void in 2v2 battles) are used in this set as well as they can put the opponent(s) asleep and allow for the Smeargle to use Mind Reader/Sheer Cold without the worry of taking damage. For item choice, Focus Sash helps alot here too. 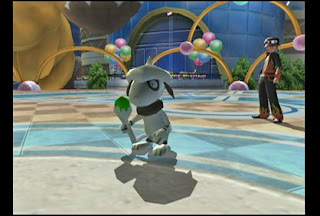 My personal favorite set makes use of the Focus Sash item the best, however. The two main attacks I use are Endevour/Vaccum Wave. Adapted from the Endevour/Quick Attack movesets used for making competative Rattatas. Smeagle aren't very fast, so I know for the most part that Smeargle will go second. I begin by using Endevour, which makes my opponents HP equal to mine. If my plan works (and it usually does) my opponent will hit hard and my Smeargle will survive with 1 HP because of Focus Sash.. and when Smeargle uses Endevour the opponent will be dropped to 1 HP. Next I follow up with Vacuum Wave, which always go first and will KO my opponent. I choose Vacuum Wave because it is the only first hit move that isn't weakened by Intimidate because it is special instead of physical. This helps should I end up having to face a pokemon that Baton Passes or something since they won't be attacking the Smeargle so Endevour won't work. The only downside is this combo doesn't touch Ghosts because Vacuum Wave is Fighting Type and Endevour is Normal Type... however I anticipated this and gave my Smeargle two other moves to help: Trick Room/Destiny Bond.

Should Smeargle find itself facing a Ghost, rather than starting with Endevour I would start with Trick Room. The Ghost would hit me first, and the Focus Sash would save Smeargle with 1 HP. After that Trick Room would come into effect letting Smeagle go first next turn. The next attack would be Destiny Bond, which would go before the Ghost KO's Smeargle... and once it does it gets KO'd too. This works great, and it helps if you have another slow pokemon like Magnezone or Dusknoir on your team as Trick Room would allow them to go first too after the Smeargle has been KO'd. Also, the lower level the Smeargle, the slower it is. The slower it is, the better this moveset is! So with this strategy a Lv 5 Smeargle can take out a lv 100. Just watch out for status like Burn or Poison as well as weather like Sandstorm and Hail. These will stop your Focus Sash from working.

Ingame Smeargle can be useful as it can learn ALL HM moves and can be used to catch other pokemon by knowing Spore to put them to sleep and False Swipe which will can be used to weaken a pokemon, but never knock them out because it stops working once they hit 1 HP.

So I'm sure your asking how to get your Smeargle to know these moves? It's hard to copy moves like Sheer Cold without getting KO'd yourself. Well, the best way is to copy your own pokemon! To do this, just get into a double battle and have Smeargle paired with a pokemon knowing the move you want. Then when the pokemon uses the moves have Smeargle use Sketch on your pokemon to copy it. The best place for this in Diamond/Pearl/and Platinum is at the Hotel Restaurant near Valor Lakefront. Everyday there are double battles held there.
Email Post
Labels: 4th generation featured johto pokemon